Suppose we are interested in a new method of teaching statistics to undergraduate students.  To test this new method, we take 100 student volunteers and randomly assign them to two groups of 50.  For the control group, we teach statistics as usual.  For the experimental group, we use the new method.  At the end of the experiment, we give them a test to determine their level of knowledge of the material.  Because they are randomly assigned, there should be no relationship between the members of the first and second group.  Because there is no correlation between the experimental and control group, then they are said to be independent groups.

-The Independent-groups t-test compares the means for two groups of cases.

-Ideally, subjects should be randomly assigned to two groups, so that any difference in scores is due to the treatment and not to other factors.

-The observations should be independent, random samples from normal distributions.

Computing the t-Test for Independent Groups 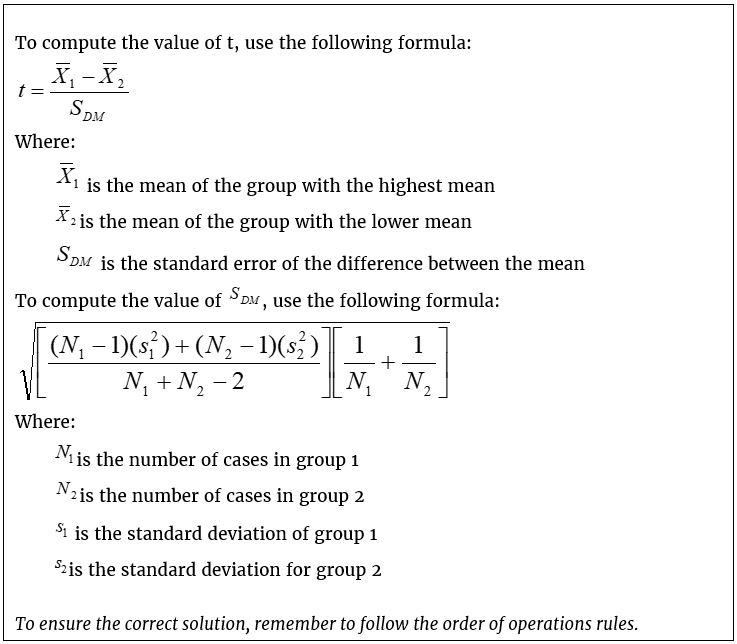